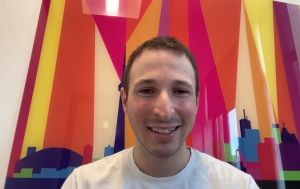 Listen as Mitch Debora, CEO of Mosaic Manufacturing, talks to Mark Kirby about the following topics (and much more!)

Why he founded Mosaic and working in a startup “Starting a business is an amazing opportunity to have impact, it's a great way to learn and grow at a pace that is unprecedented compared to more conventional job routes. And so, you know when people come to me and talk about should they work in a startup? We often talk about that risk reward of getting to move incredibly quickly and take on a lot of things, maybe less guide rails and less stability. But if growth is what you're after, and that certainly was for me and my cofounders, that's exactly why we took the leap to start a company.”

How the technology of 3d printers has changed “Simply put, if you haven't taken a close look at the world of 3D printing in the past two to three years, then you should basically forget what you know.”

How do you learn to run a company when you’ve never done it before “You need to be humble enough to realize that there's a lot you don't know and see that as opportunity. And what that leads to is a culture of appreciating mentorship, appreciating expertise. We are so lucky in Canada, and I think it's true elsewhere - you can reach out to someone on LinkedIn.”

Thinking maniacally about the future “You need reliable automation and then you need the software pipeline which is not something that's really been dreamed of before you. It's less of a slicer or utility software, it's more of a workflow manufacturing execution system software. Really thinking about everything maniacally from that perspective of this is a production system.”